Whirlwind is an EP which includes the songs Whirlwind, Oasis, Letter to Rebecca 1692 and Merry Christmas 2020.

Video of Merry Christmas 2020, one of the songs from Whirlwind

Video of Stone and Space, one of the songs from the inside track

Video of Letter to Rebecca, 1692, one of the songs from Whirlwind

(You can download songs free. If you experience trouble downloading, select the "buy this track" option and enter $0. You will then be able to download the tracks without paying or entering any credit information.) 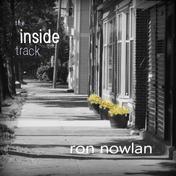 ​This song/video is about the trial and execution of Rebecca Nurse, accused of being a witch in 1692 in Salem Massachusetts. It focuses around a sympathetic letter smuggled in to Rebecca who is locked in the Salem jail and awaiting her execution day. The letter is fictitious, but such a letter, or similar words of empathy, could have been passed to Rebecca by a friend or relative.

The video includes images of 19th century paintings and engravings of the events as well as recent images taken in various locations in Salem, MA. The image of a cabin in a field near the end of the video is a touched up image of the Pedrick Store House on Derby wharf with current-day buildings, boats, and other objects removed to provide a more realistic image of how Rebecca’s home might have looked in 1692, even though her residence was miles away in Danvers.